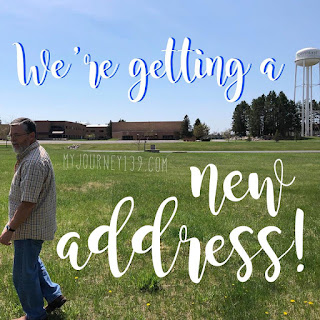 because i'm usually too wordy, i'm going to bullet point this list because i have lots of things to do today!

when we were in florida in november/december, we talked about the real possibility of moving for employment. i quickly fell in love with being so near the sand and the beach and being able to wear flip flops at Christmas! i was convinced that we were supposed to move to florida!

rick wasn't feeling that pull, but was willing to look wherever we were led! we stopped in chattanooga on the way home and also loved the charm that area offered, so began to consider that as an option as well, so much so that he had a job interview offered to him in january which for some reason, we couldn't make work out, and he did not get to interview for the position.

in late january, we had the opportunity to visit out at the former northland international university and to hear about some of the many ways the campus is being revived. rick instantly felt a pull back to northland. i did not! the sandy beach there was covered in snow and the lake was iced over. it was going to be a long time until i could wear my flip flops there!

by the time we left that day, i had caught the vision and the northland spirit which still feels alive there today!

in february, after meeting with the team putting together some exciting things, it became a waiting game as we awaited dotting "i's" and crossing "t's". it was a long wait for me, i'm not the best with being patient! in the meantime, rick continued to look into government/military positions in the medical field, keeping all of our options open, just in case the opportunity at northland fell through. we strongly felt that God would open the doors He wanted opened and close all others.

rick actually received several e-mails from positions he applied for, but none came to fruition, he kept teasing me that he would get called for an interview as soon as northland was ready to move forward and i just laughed at him!

last week, we had a lengthy phone call on tuesday night with northland and on wednesday? on wednesday, he got a call from a va clinic in chattanooga, wanting to schedule a phone interview! imagine t.h.a.t.! on thursday, as was already scheduled, we spent the afternoon at northland, not being able to fit in the interview with chattanooga and on friday, we went in for our first day of work at northland! while we were at northland on thursday, we both knew that chattanooga was not the opportunity that God wanted rick to pursue and that northland was where we belonged!

while our specific job titles are still actually still being ironed out and for the summer as we will be wearing many hats, we are proud to say that we are both on staff with
NORTHLAND SCHOLARS ACADEMY!
nsa is an international/us academy offering excellence in education for 9-12 grade high school students. these students will have the amazing opportunity to graduate from high school with an associates degree and move forward either right into the workforce, or to furthering their educations!

because we will be heavily involved with summer adventure camps for students coming to northland from all over the world and then with academics/activities and athletics on campus, the hour drive each way does not make much sense - especially from november - april when we'd have to battle the snow and weather, so the decision was also made, that us living on campus was the best case scenario.

this weekend will be a BUSY one filled with packing and making arrangements, trying to be pro-active as our new home will be mostly move-in ready by the end of next week!

we are very excited for this opportunity that God has brought to us and we are anxious to see the school grow and flourish and are honored to be a part of the team that is building this!

if you have read this far, thanks! we aren't moving far, so for those of you who are local, we'll still see you and would love to have you come visit our new home! for those who aren't local, but want to visit if you're in the area, i'll get you our new address, our duplex has 2 spare bedrooms! for the rest of you, the internet has made the world small, so please, continue to follow along with us on this adventure and as always, if you'd pray along with us through these changes, it would be much appreciated!

happy saturday to you all!

I’m often asked how we eat Keto, how we stick to it and for recipes. After 3 months of being home, almost a week with no electricity du... 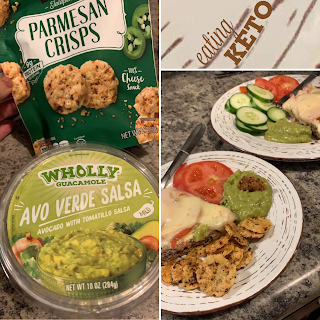